Did you know the New York Yankees is the MOST successful sports team in ANY sporting discipline in the world? Ever?

The Yankees have hands-down won more championships, more trophies and been awarded more MVP’s than any other team in sporting history. Winning 27 World Series titles, 40 American League pennants, and 51 postseason berths in the 112 seasons of their existence. The Yankees have maintained the largest payroll, attracted the most fans, and generated the best revenue in baseball.

As winning became habitual, a standard of excellence was naturally imposed. With some of the finest players who ever lived ensuring it’s enforcement and pushing the New York Yankees to greatness. Babe Ruth. Lou Gehrig. Joe DiMaggio. Mickey Mantle. Derek Jeter. All were the most revered players of their generation. 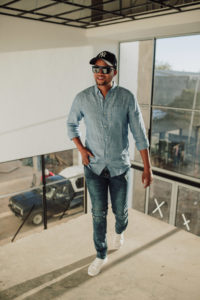 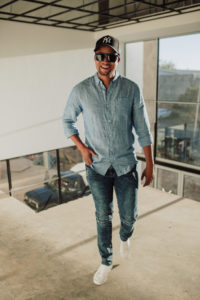 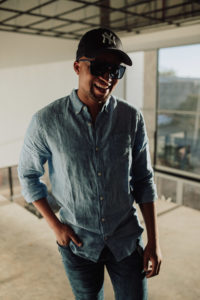 The Pop Culture History of the New York Yankees Cap

No matter where you sit reading this, there is likely a store within driving range offering New York Yankees merchandise.

Such is the power of one baseball team, characterised by the vaunted interlocking NY insignia. We see Yankee gear worn by rogues and immortals, heroes and villains. Village folk and Presidents, from the Bronx to Berlin, from Birmingham to Brussels, from Bangkok to Brisbane.

With assets and revenue streams dwarfing anything else in the realm of Major League Baseball, it’s clear that the Yankees are much more than just a baseball team. In addition to an envy-inducing record of success on the field, the organisation has become the epitome of brand management off of it. Dominating pop culture, entertainment and fashion spheres with a flawless versatility rarely evident in sports teams.

Over time, the Yankees’ multi-faceted notability has saw the franchise morph into a global staple of American heritage. This high-living, big-dreaming, quick-spending baseball team serving as the embodiment of New York. 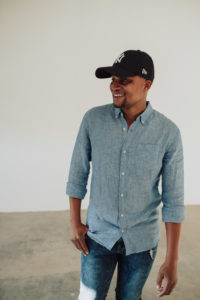 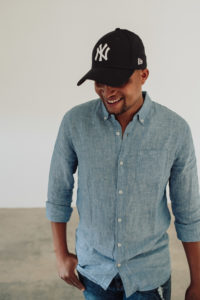 As Wall Street Journal reporter Daniel Barbarisi explains, “the Yankee hat has come to symbolise New York, and both it’s glitz and grit.”

“If someone wants to show that they’ve been to New York, or that they associate with its culture, they buy a Yankees hat.”

Clearly, the Yankees are the largest, most-sacred sports team in the boldest, most-influential city on Earth and Yankees gear is a full-scale cultural phenomenon. 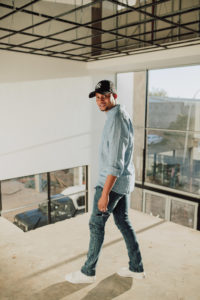 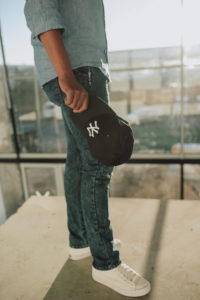 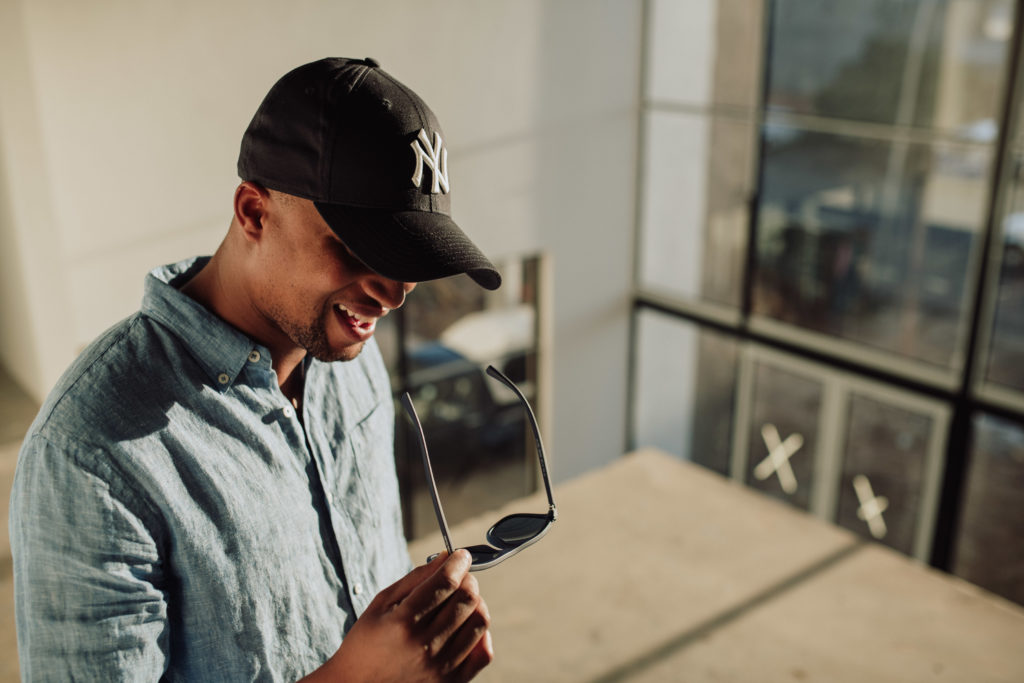 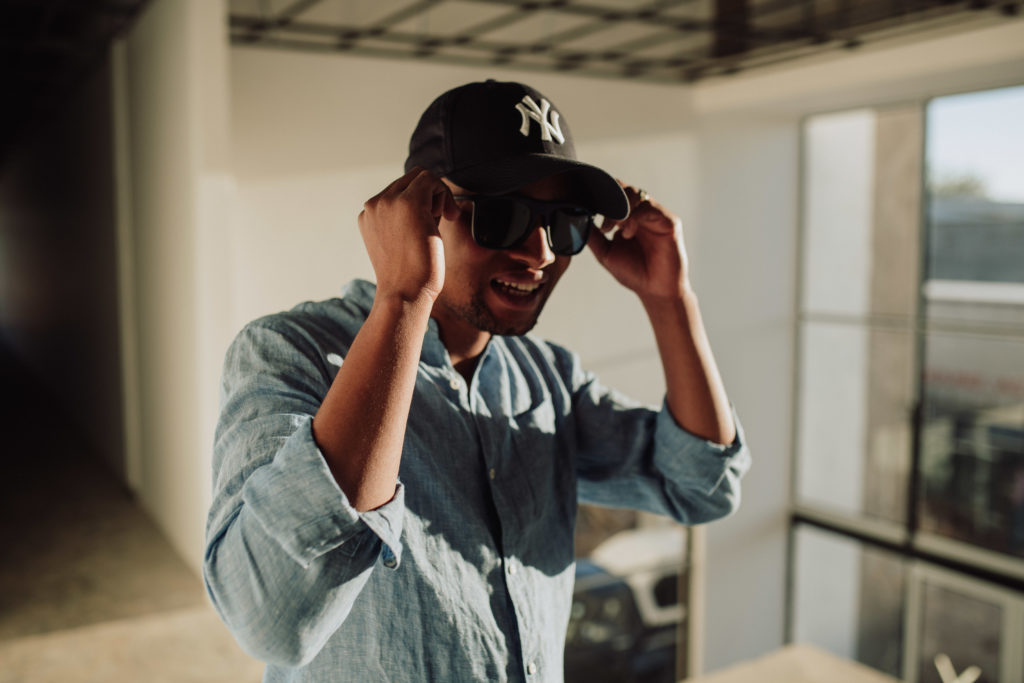 Which leads us to Jay Z, the king of hip-hop.

In his smash hit Empire State of Mind, Jay Z claimed to have “made the Yankee hat more famous than a Yankee can.” The rapper, deemed by Forbes to be the 6th most powerful celebrity on Earth, is a lifelong fan of the Yankees, regularly attending games and franchise events.

Even more so, in a fashion sense, Jay Z has become synonymous with the Yankees brand. His penchant for wearing team merchandise in music videos, on album covers, and at concerts amounting to free publicity for the team, and helping shape his trademark image.

Jay Z, the husband of Beyonce, with more than 100 million record sales in his career and a reported $560 million in his bank account, is naturally a trailblazer within contemporary pop culture. 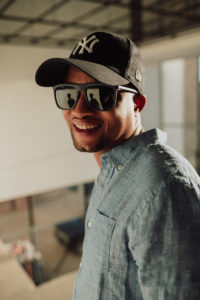 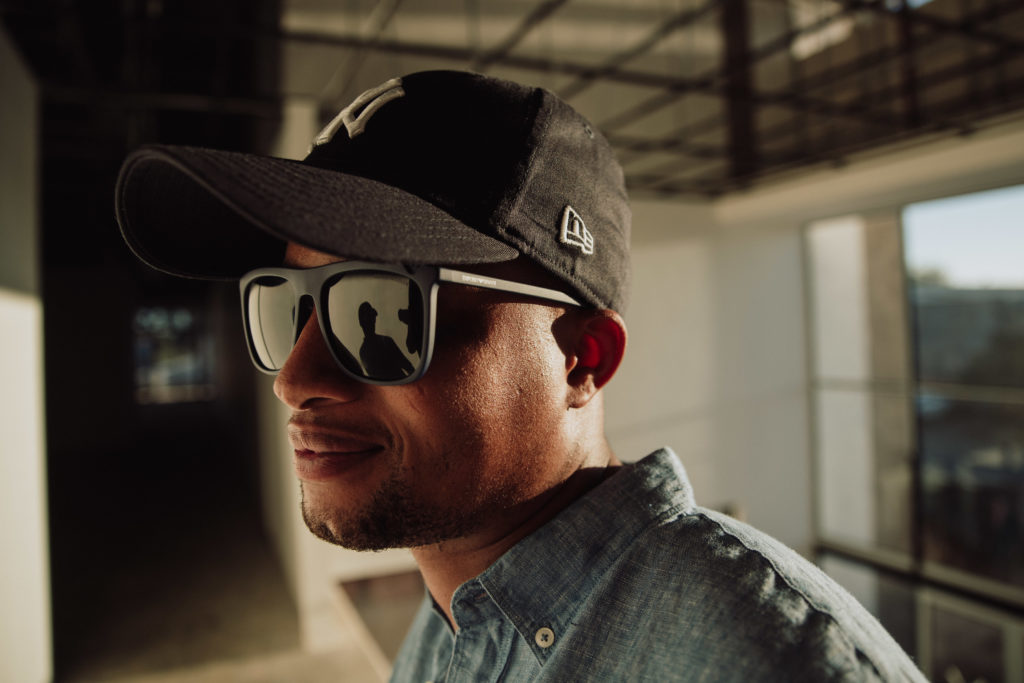 With more than 22 million ‘likes’ on Facebook, Jay Z’s popularity and influence is absolutely massive.

Thus, in so frequently wearing Yankees gear, he, perhaps more than any one man, had a crucial impact in fuelling its exorbitant popularity. When Jay Z popularised Yankees merchandise, other players within the hip-hop world, such as 50 Cent, P Diddy and Busta Rhymes, followed suit, jumping aboard the rolling bandwagon.

And when celebrities from other spheres, such as Jennifer Lopez, Brad Pitt and Tom Cruise, saw their musical friends mastering this new look, they joined the party. 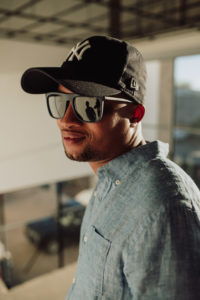 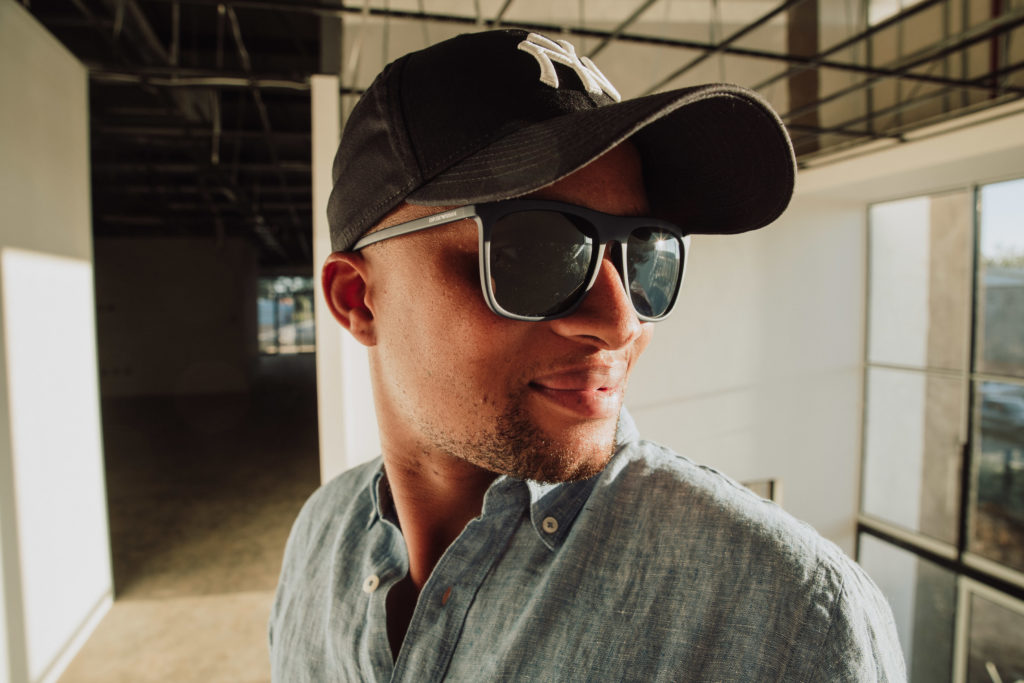 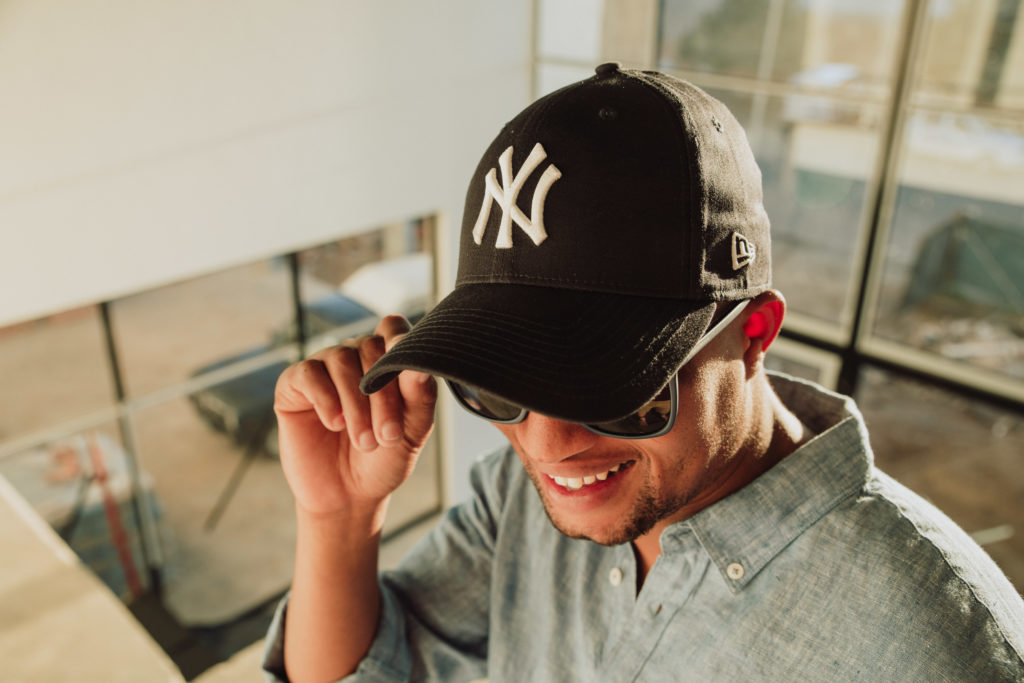 From humble Bronx beginnings to the Gucci runway in Milan, the iconic ‘NY’ insignia went from being a humble sports team logo to reaching legendary status, becoming a killer fashion statement in the process.

There’s something about the all-American sports hero that fashion brands are super obsessed with.

New York is the inimitable home of street style, so it’s no surprise that the Yankees cap has made more than a few cameos by the industry’s foremost brands. In a massively successful collaboration, the Yankees linked with cult street wear brand Supreme, creating a series of sought-after pieces that put the Yankees logo on fan-essential caps, jackets, bucket hats and box logo tees.

New York locals Public School and Kith have both worked on Yankee collabs, that saw the labels design their own limited-edition takes on the team’s cult Yankees caps. 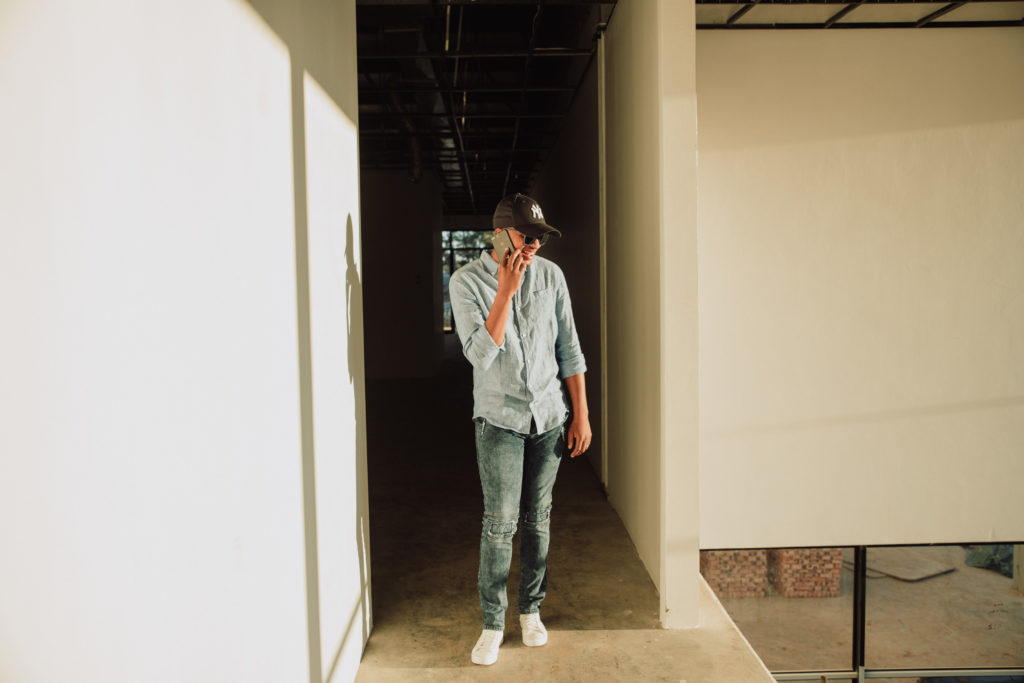 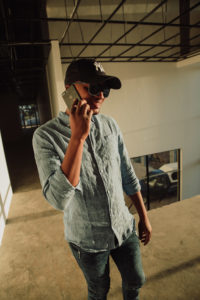 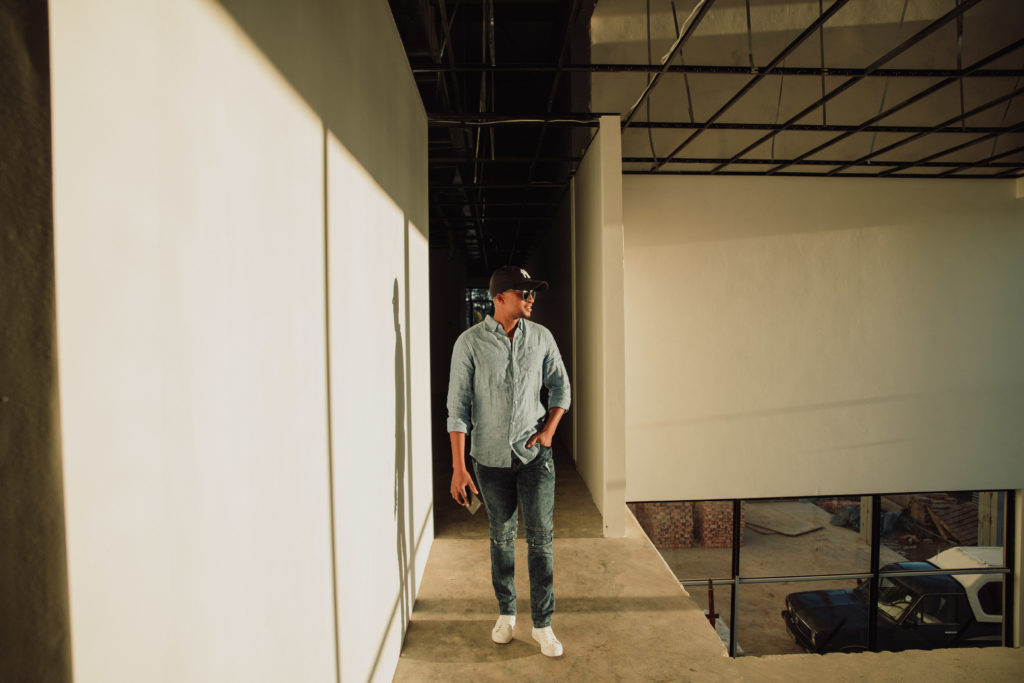 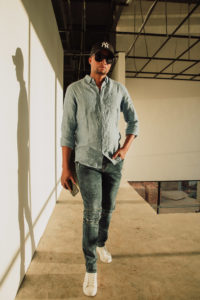 Now, Gucci’s Alessandro Michele has solidified the fashion renaissance of the Yankees logo

The exceptional Alessandro Michele first officially linked up with Major League Baseball back for Pre-Fall 2018. The Giallo-inspired collection transformed the humble baseball cap into a luxury accessory, with staple Gucci florals and colored stripes wrapped around the Yankees logo. Still, it was Michele’s ability to completely re-contextualize the NY insignia barely a season later that left us astounded.

For Gucci’s FW18 collection, Michele unveiled a seriously luxurious take on the Yankees logo. It included silk floral suits emblazoned with a Yankees chest patch, gigantic knitted beanies and intricate, feminine overcoats that pay homage to the original insignia from 1903, when the ‘N’ and ‘Y’ sat on either side of the player’s jersey.

The historical logo that once adorned a humble R200 cap is now appearing on the breast panel of thousand dollar suits. The switch-up is monumental.

If anything, Michele’s seal of approval will cause the Yankee cap to have its own fashion renaissance, becoming a truly coveted high-end fashion piece. 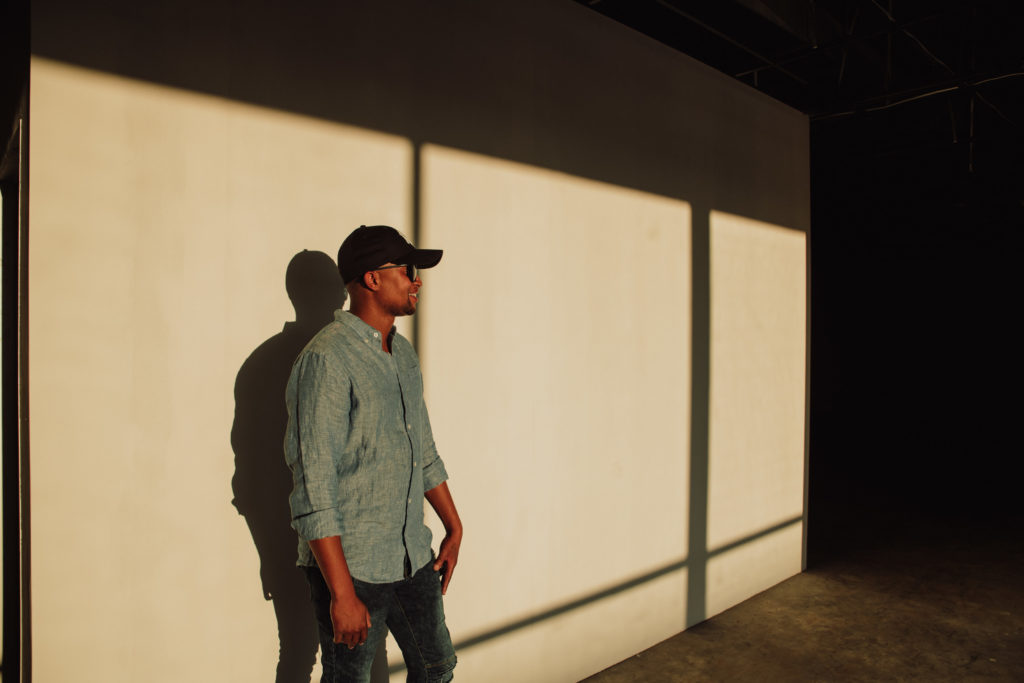 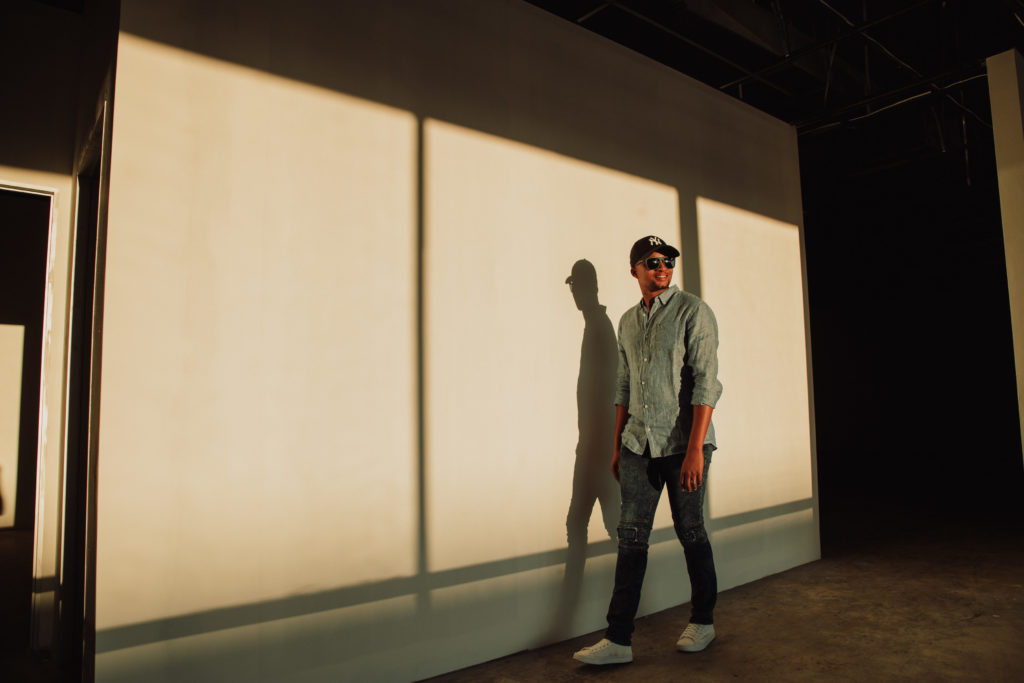 But yet, everyman can be a ROCK STAR

New York Yankees caps has become ever-present, but perhaps that’s what’s so special about them.

Unlike so many must-have fashion pieces, the Yankees cap is far from unattainable.

Did you know: The hip-hop habit is to wear the cap perfectly fresh and clean, as if it arrived on the head directly from the cash register, spotless except, perhaps, for the circle of the manufacturer’s label still stuck to it, alerting admirers that this is no counterfeit and that the cap is as new as the money that bought it.

But whether you sport a high-end $360 Gucci cap or an affordable 39THIRTY cap from your local Archive store, the Yankees cap has SERIOUS street cred – and maybe that’s why everyone who’s anyone is sporting one of 2018’s BIGGEST street style trends. 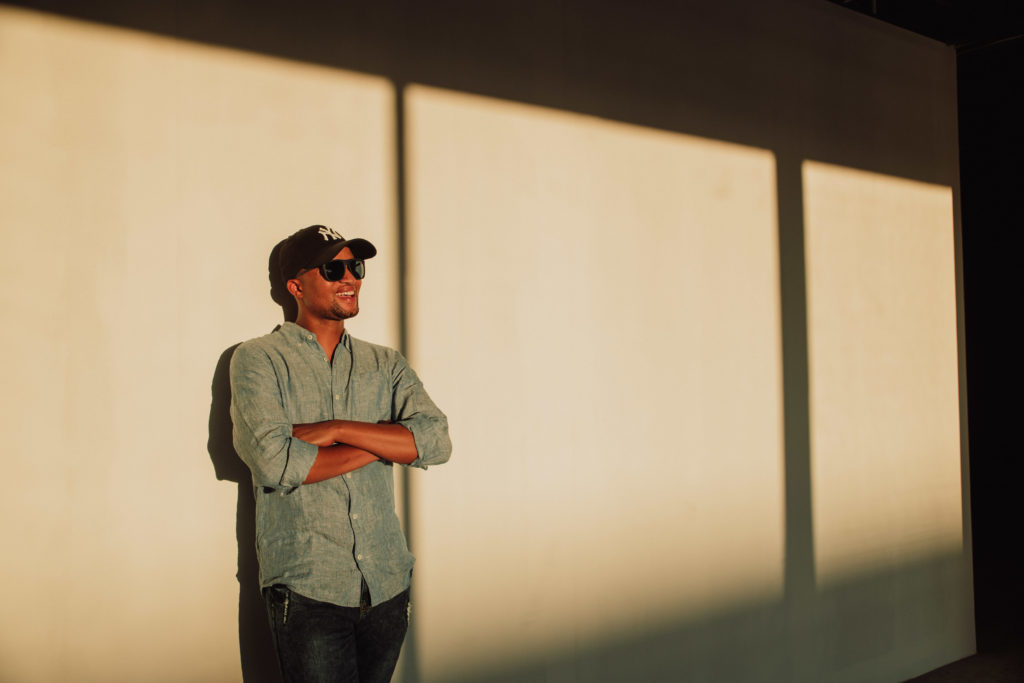 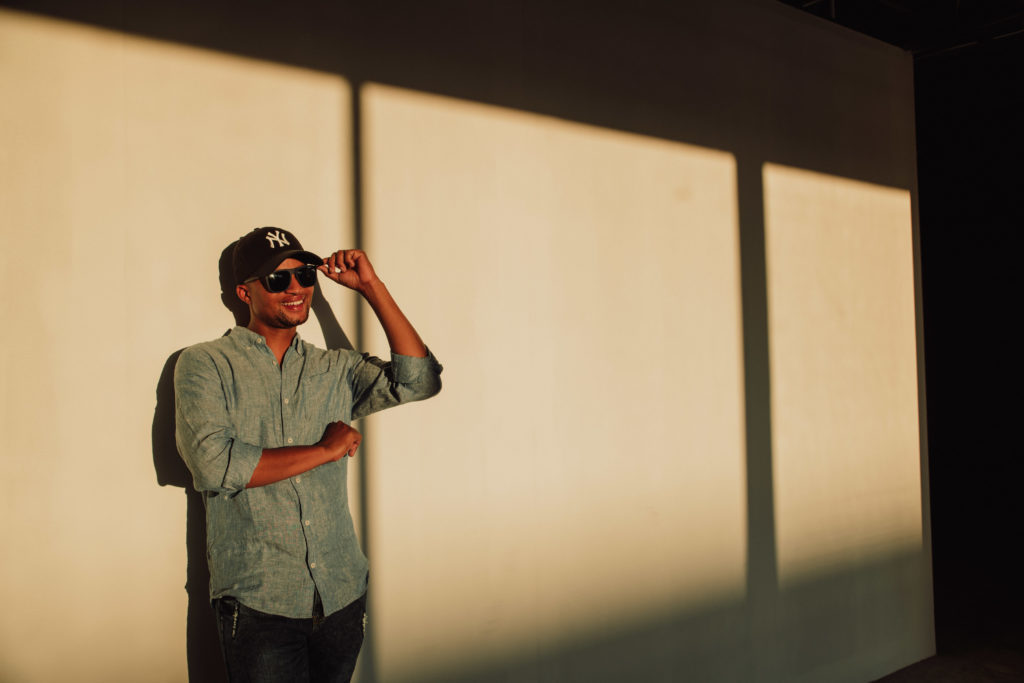 The Yankees Cap by Jeani Meyer for Hello Smart Blog

Fashion trends you need in your closet for 2017