Our 5 favourite Olympians of all time 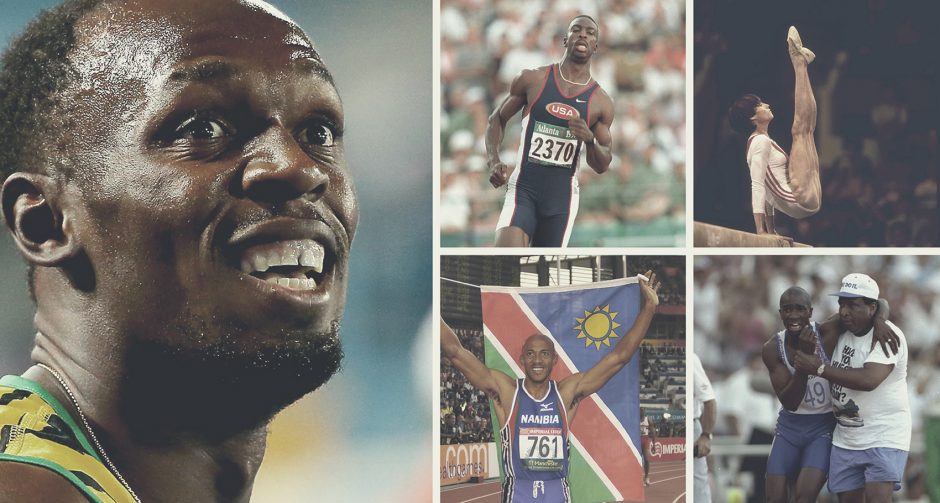 We all have our favourites and our own reasons for cheering, loving and being inspired by great Olympians. Here’s to those who bring their best to the biggest stage, brake records and make us dream big!

Here are OUR 5 Favourite Olympians of all time:

What’s better than three Olympic golds? Ask Usain Bolt. Bolt is the first athlete since the Ancient Greek period to win six Olympic sprinting gold medals, having completed the double-triple of the 100m, 200m and 4x100m relay at both the 2008 and 2012 Olympics. He also holds world records in all of these events, making him the first man to win three sprinting events at a single Olympics since Carl Lewis in 1984.

Already adding another gold to his resume in Rio, Bolt is undoubtedly be the greatest sprinter of all time!

*Voted for by Nico and Jeani

The Ancient Greeks would’ve appreciated this feat. In the 1996 Atlanta Olympics, Michael Johnson took home two gold medals while crushing two world records along the way. First was the 400-meter race, where he whipped around the track in 43.49 seconds. With only a few days rest in between, Johnson came back to the track to take gold in the 200-meter sprint, becoming the first man to win both races in the same Olympic Games.

How’s this for perfection? At the age of 14, Romanian gymnast Nadia Comaneci won three gold medals at the 1976 Summer Olympics in Montreal, and became the first female gymnast ever to be awarded a perfect 10 in an Olympic gymnastic event. Her 10.0 score on the uneven parallel bars (marked 1.0 because the scoring device did not have place for enough digits) broke open the possibility that an athlete could, in a small way, be perfect. Over the course of the Olympics, Comăneci would earn six additional tens, en route to capturing the all-around, beam, and bars titles, and a bronze medal on the floor exercise. She also won two gold medals at the 1980 Summer Olympics in Moscow. She is one of the best-known gymnasts in the world and is credited with popularizing the sport around the world.

*Voted for by Kirstin and George

Frank “Frankie” Fredericks is a super star track and field athlete from Namibia. Running in the 100 metres and 200 metres, he won four silver medals at the Olympic Games (two in 1992 and two in 1996), making him Namibia’s first and so far only Olympic medalist. He also won gold medals at the World Championships, World Indoor Championships, All-Africa Games and Commonwealth Games. He is the world indoor record-holder for 200 metres, with a time of 19.92 seconds set in 1996.

Great sprinter, great determination and an increadible inspiration to all African athletes.

*Voted for by Mokgadi and Sune

Derek Redmond, a British runner specializing in the 400 meters, tore his hamstring halfway through a semi-final race in the 1992 Barcelona Summer Olympics. A favourite for the medals podium, Redmond refused to give up and rose to finish the race despite his intense pain. But the most memorable moment came next, when the runner’s father leapt over the railing from the stands and helped his son complete the race. Steps from the finish line and with the crowd cheering them on, he let go of Derek, so his son could cross the finish line by himself.

Derek Redmond might not be a name that conjures up memories of Olympic gold medals. But on that day Redmond defined the essence of the human spirit which makes him a true fighter and a hero in our books!

*Voted for by Charl

Stay tuned for our ROCK STARS of the Rio 2016 Olympics post next week Tuesday! We’re talking about you SUPERMAN Wayde van Niekerk..!