Music by Magpie • Support Live Music Venues, They are Fantasties 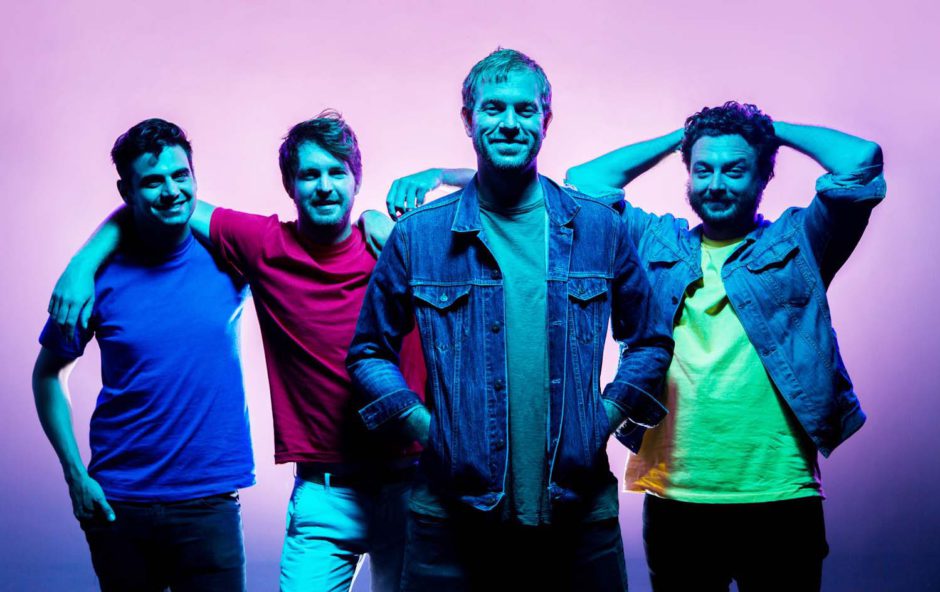 In January of 2017, my family decided to buy a restaurant/ pub/ live music venue in the little town of Bethlehem in the Free State.

Initially I had planned to be involved in an advisory capacity only, but this idea became moot in about May, and I now have the title of Events and Marketing Manager, which  may or may not be self imposed.

Since taking over the business we have had the pleasure of hosting a number of Local Bands and Musicians from across the SA music spectrum, each with their own technical rider and list of backstage and accommodation requirements. For instance, Chris Chameleon had a request for 3 Red Apples, and Richard Stirton needed a Full Length mirror… 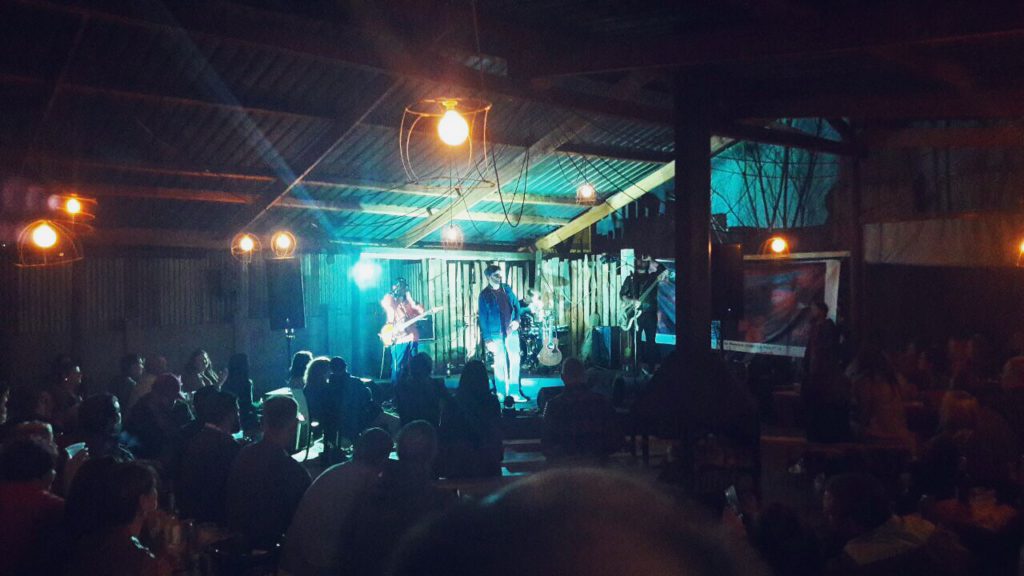 Although, the weird and wonderful needs and requirements of these artists make for interesting conversation, they can sometimes be rather taxing especially when the Artists charge an arm and a leg to perform at your venue.

Tickets for the show sold out in a number of days. Before the show we had been communicating with their agent via email, and the list of wants, needs and desires was very long indeed. Not many people will understand what goes into arranging a live performance, and by 3pm on the day of the show I was at wits end, I remember myself saying something along the lines of ″If these guys are really as full of s#!$ as their tech rider I’m not even going to watch the show ″. 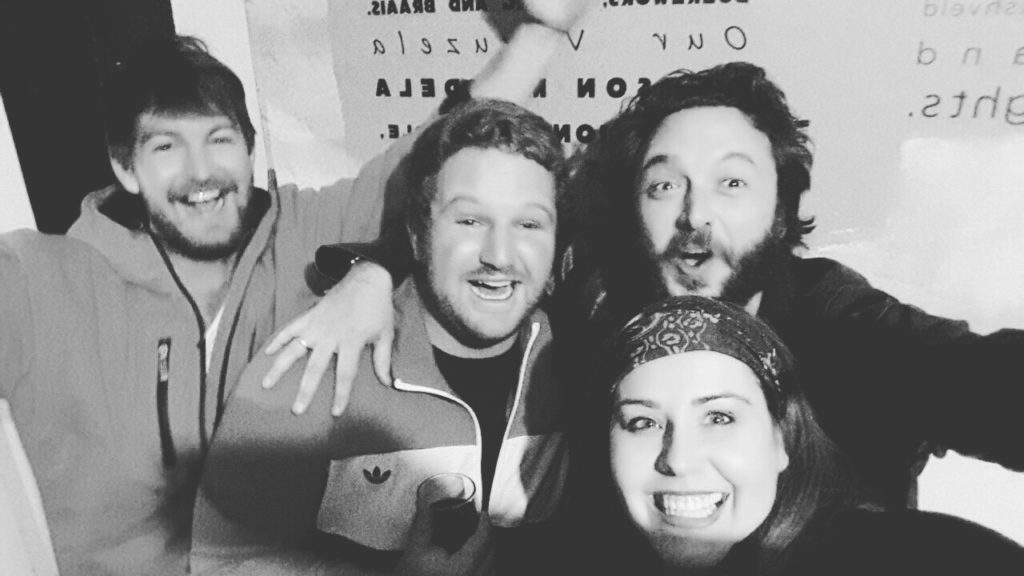 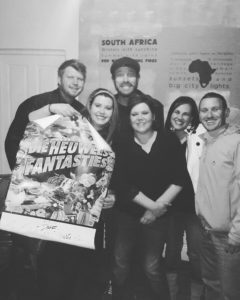 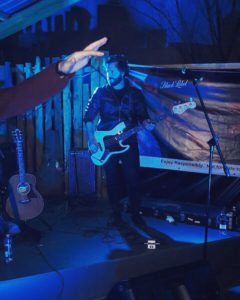 The Band arrived at Atmosvuur at around 4pm along with their sound technician, and their Body Guard Tank.

They soon made themselves at home, had a beer and did their sound check. My statements earlier the afternoon could not have been more wrong, what an awesome group of guys. Their performance literally rocked the glasses off ourselves and I’m pretty sure even the residents of Clarens could hear the music from about 25km away. Their set was perfectly balanced and included not only the songs from the new album, but all the old favourites like Pille vir Kersfees, Sonrotse, Leja, and my own personal favourite Klein Tambotieboom.

After the Show the guys chilled backstage for a bit with our competition winners and some groupies that managed to find their way in. Fred the guitarist found my Brother Brett′s old acoustic guitar and played music from memory like nothing I had ever seen before, you name it, he can play it, at one stage Hunter Kennedy and I were singing along to ″My own worst enemy by LIT″ at the top of our lungs, yes Hunter and I knew all the lyrics by heart and Fred just jammed away. These guys really have incredible talent. Later a few of them joined the party and were eventually the last to leave.

One thing I really must say is that these Rockers are so much more than just musicians that know how to have a good time, they are deep thinkers with kind hearts and souls who don’t discriminate, they want their music to reach across  language barriers, cultural stigmas and age groups. They have hopes and dreams for our country and great love for their families. To quote a line from a Song/Poem Stilte a hidden track on the Ja, Nee, Lekke album, ″Mense het hul grense self uitgedink″. 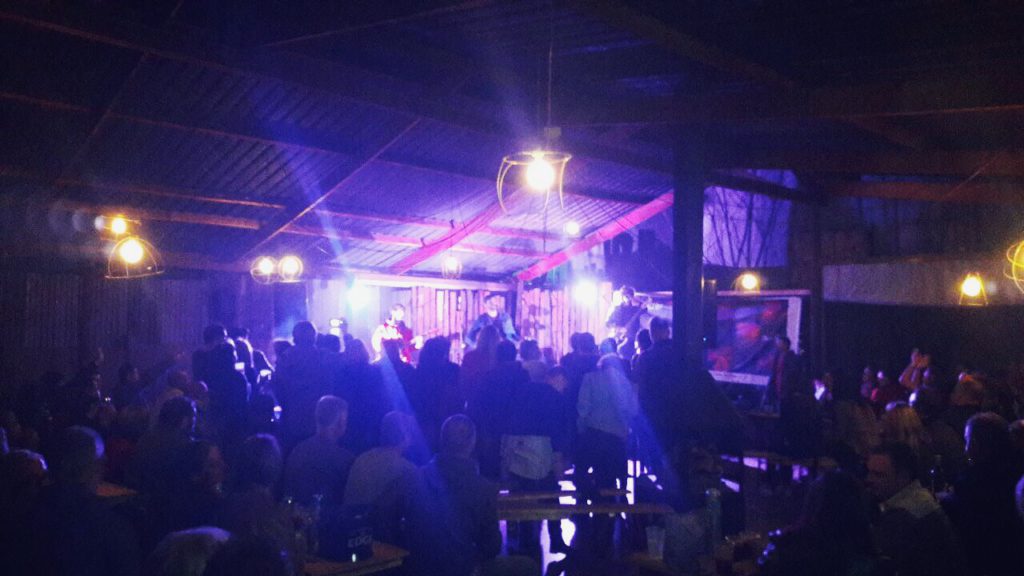 We are all so eager to watch live international Artists and we often forget to support local. Live music venues thrive when local artists strut their stuff on our stages,  music is so much more than a show, it brings people together, although we put up our own barriers and boundaries,  music has the power to break them down.

Smart Food • We love a feast