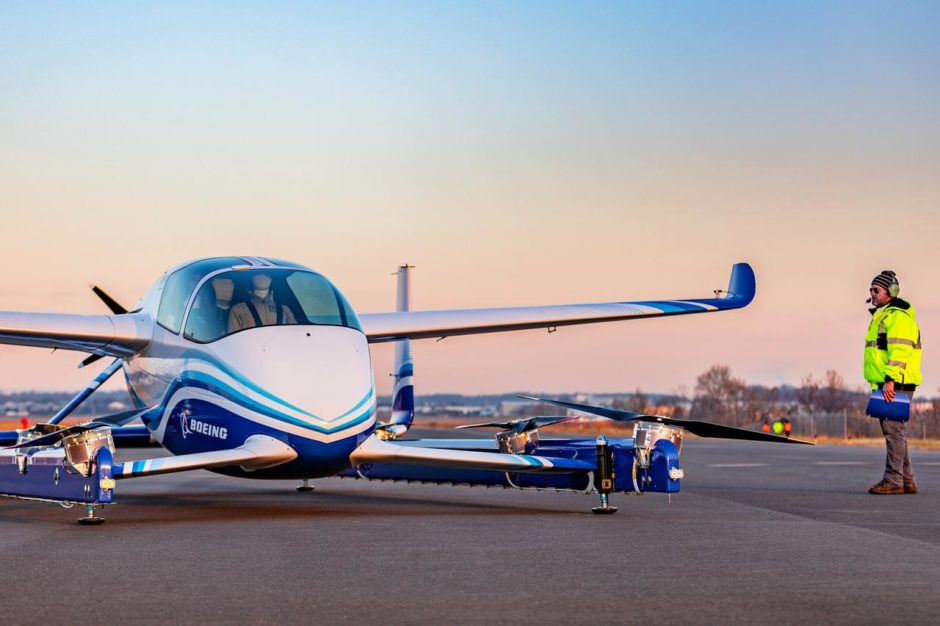 A Boeing Co flying car designed to whisk passengers over congested city streets and dodge skyscrapers completed its first test flight on the 22nd of January 2019, offering a peek into the future of urban transportation the aerospace giant and others are seeking to shape.

A prototype of its autonomous passenger air vehicle completed a controlled takeoff, hover and landing during the test conducted in Manassas, Virginia, the maker of military and commercial jets said in a statement on the 22nd of January.

Propelled by electricity, the model is designed for fully autonomous flight, with a range of as much as 80 kilometers, Boeing said.

The Chicago-based plane maker and arch rival Airbus SE are among a slew of companies racing to stake a claim on a flying car and parcel-hauling drones, which have the potential to be the next disruption to sweep the aerospace industry. Boeing’s push was boosted by a 2017 acquisition of Aurora Flight Sciences, whose projects include a new flying taxi it is developing with Uber Technologies Inc.

Morgan Stanley analysts, in their most bullish estimates, predict flying car technology could lead to a $2.9 trillion industry by 2040, while their most pessimistic view pegs the value at about $615 billion. 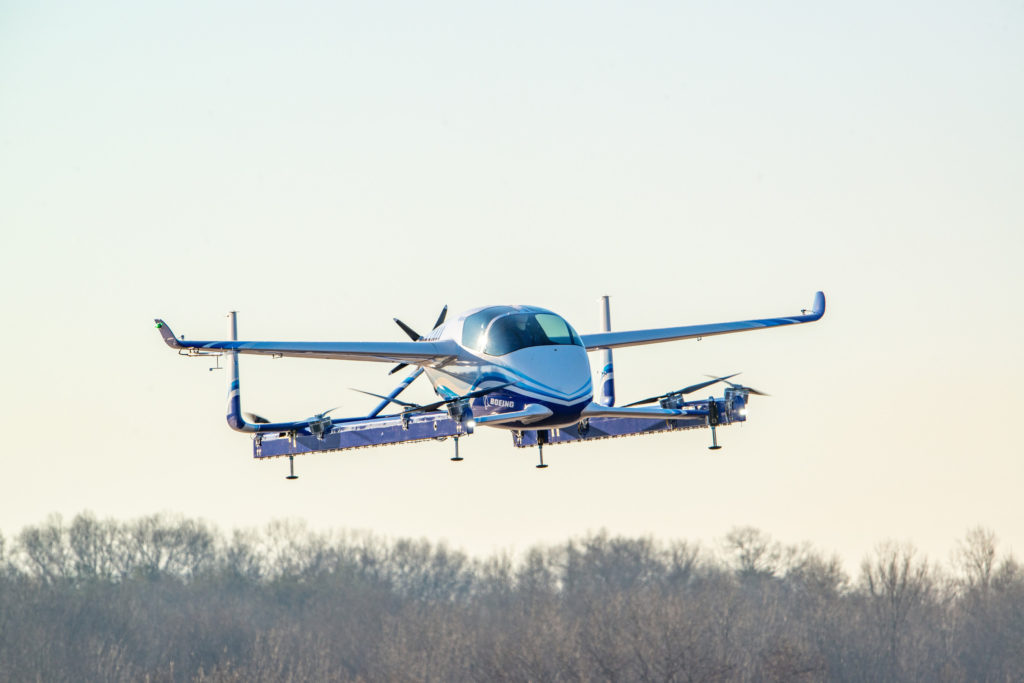 Uber Air: Closer than you think

While Boeing didn’t say if the model is the one being developed for Uber, the ride-hailing company said in a separate statement on the 23nd of January 2019 that the vehicle is on track to be an air taxi on the planned Uber Air network.

Dallas-Fort Worth and Los Angeles will be the first US cities in the aerial ride-sharing network, and commercial services may start by 2023, it said.

*Take a look at Uber Air’s video of what they’ve got planned for Uber Skyports below:

Boeing NeXt’s portfolio also includes a fully electric cargo air vehicle – designed to transport as much as 500 pounds – which completed its first indoor flight last year and is slated for outdoor testing this year.

Future flights of the 30-feet-long and 28-feet-wide PAV prototype will test forward, wing-borne flight and the transition phase between vertical and forward-flight modes, according to the Boeing statement.

The company will also continue testing to advance safety and reliability of the aircraft, it said.

7 Smart Instagram Stories Hacks That Will Blow Your Mind