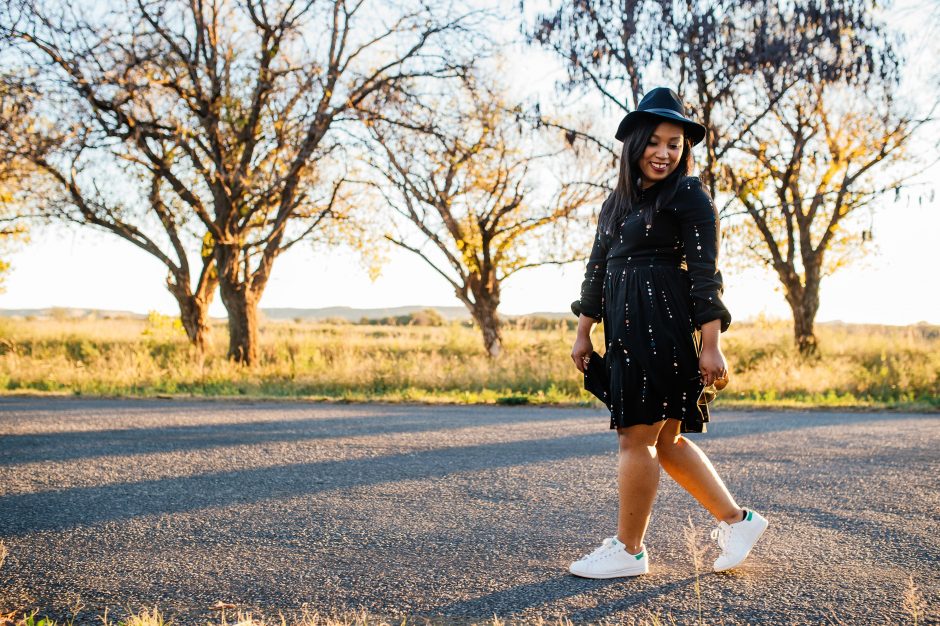 The shoe is the Stan Smith. 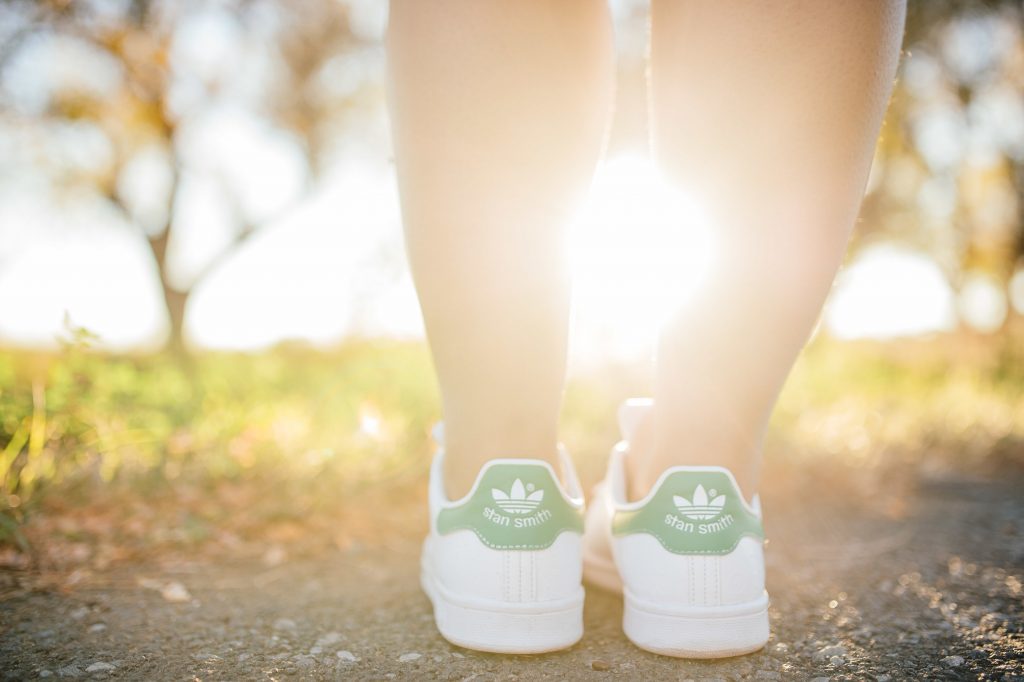 Thanks to a well-orchestrated promotional blitz, this unlikely hero has made one of the greatest comebacks in marketing history. Recently hailed as one of the most important sneakers in the world, the legendary Adidas Stan Smith sneaker has SERIOUS street cred.

We’ve been seeing these shoes everywhere over the last few months. Celebs, streetstyle blogs, fashion shows, you name it. Stan Smiths are the sneaker to be wearing right now and the MUST-have trend the Smartgirls will be sporting this Autumn. 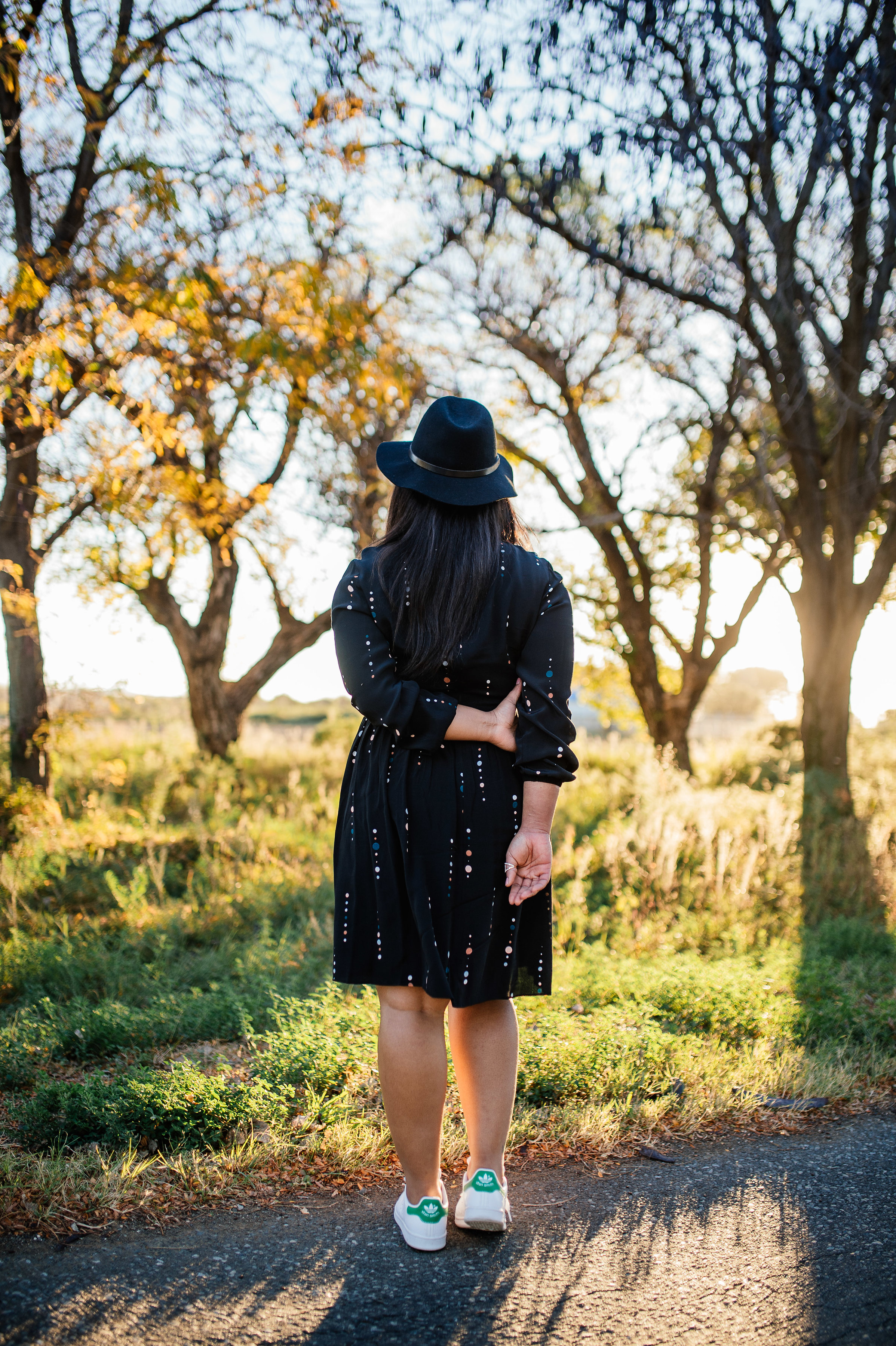 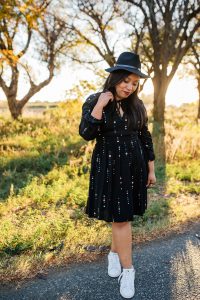 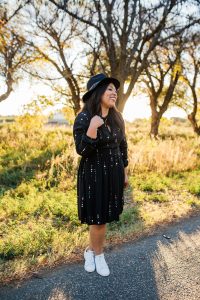 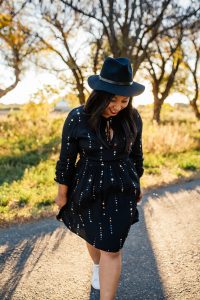 As Adidas was planning the Stan Smith revival about five years ago, their team outlined a campaign designed to look grassroots but which was in fact choreographed from start to finish with a goal of making the shoe the “It-sneaker” for the fashion-savvy.

The first step was counter­intuitive: Adidas pulled the shoe from the market in 2012, leaving customers with the impression the move was permanent. By mid-2013, Stan Smiths were almost impossible to find, prompting angry letters from fans! 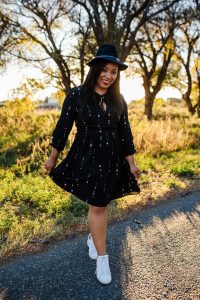 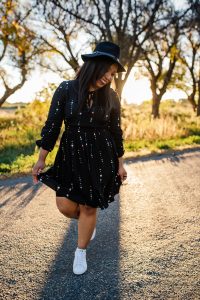 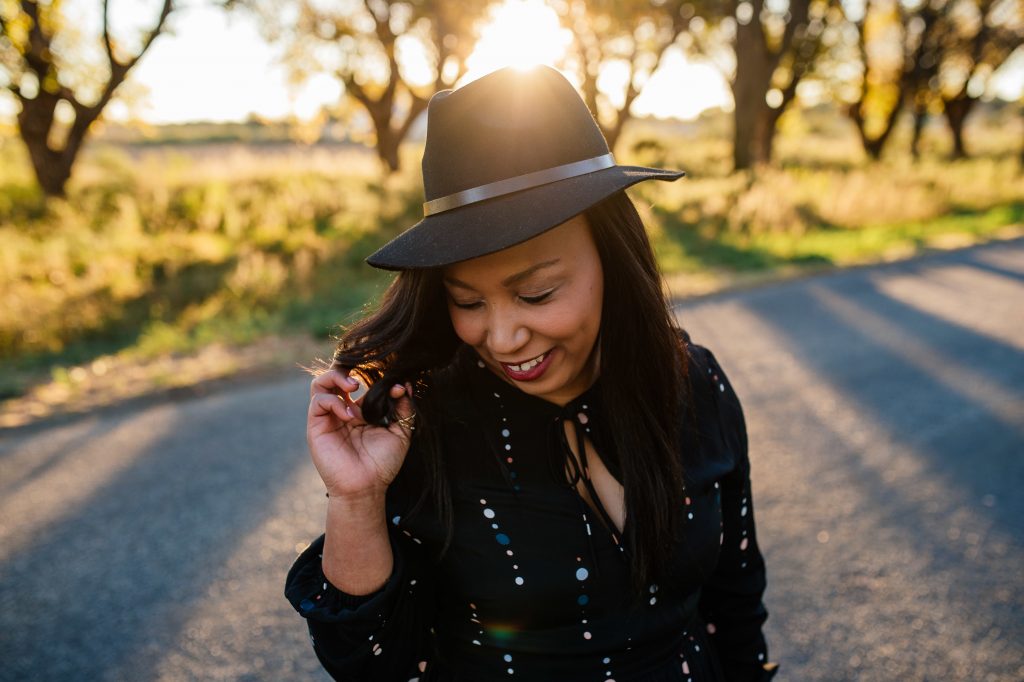 It was reintroduced to much fanfare in 2014, with an aggressive social-media campaign targeting celebrities. For the stunt, Adidas sent A-listers, A$AP Rocky, designer Alexander Wang, and talk-show host Ellen DeGeneres a pair of custom Stan Smith sneakers. The freebies included a personalised touch intended to get the stars to wear them: A drawing of Smith on the tongue of the shoe was replaced by an image of each recipient.

Check out my new kicks.

From there, the shoe’s popularity just EXPLODED! Supermodel Gisele Bündchen wore them (and nothing else) on the cover of Vogue, and they started appearing everywhere from the red carpet to the runway at Alexander Wang’s spring/summer 2015 show.

The infinitely chic Phoebe Philo, creative director of the Céline fashion house, was spotted sporting Stan Smiths at her shows and king of cool Pharrell Williams released his own line of hand-painted Stan Smiths, which sold out almost immediately. 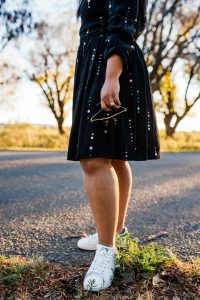 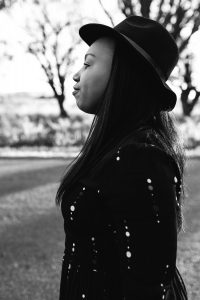 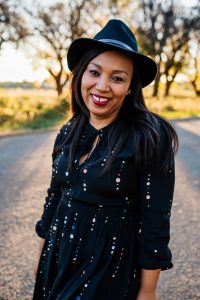 How to style the Stan Smith

If there’s one thing the Smartgils LOVE at the moment it’s the fact sneakers have evolved from footwear for the gym to bonafide fashion staple.

It could have something to do with the fact that, while they pair perfectly with your pre- and post-workout ensembles, Stan Smiths (especially) are also highly complementary to everyday pieces – think boyfriend jeans, fitted skirts, skinnies and sweet sun dresses a la Alexa Chung. 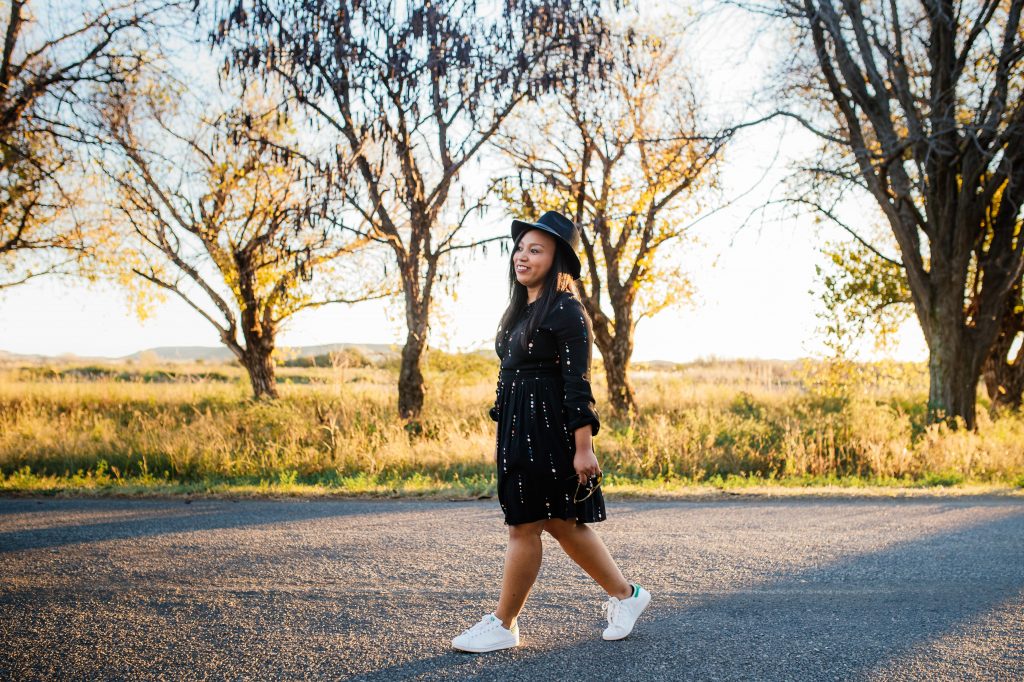 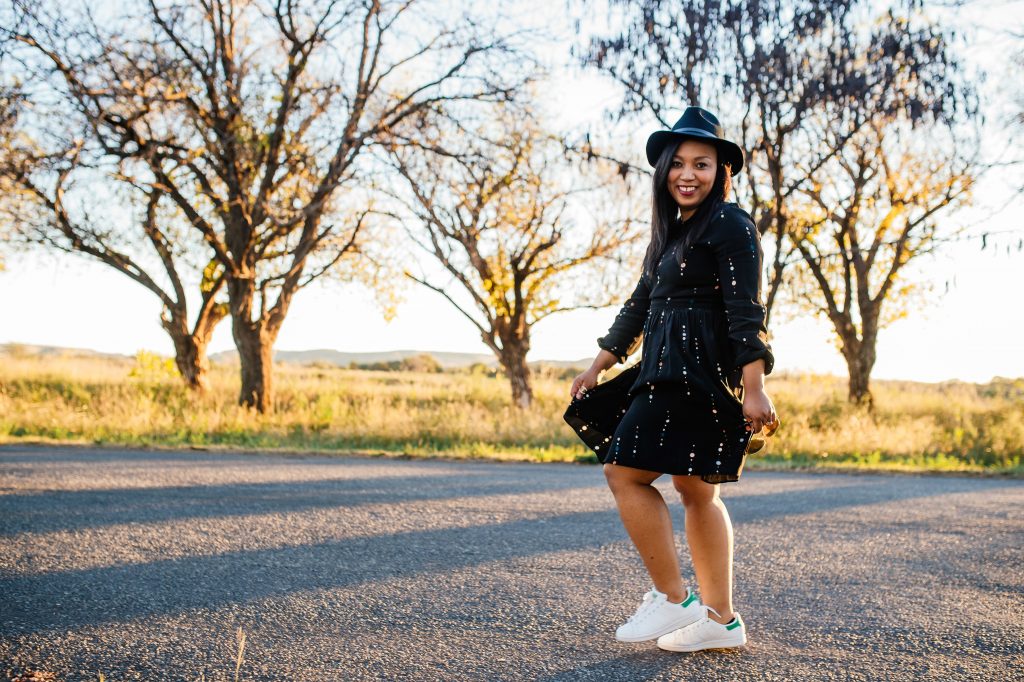 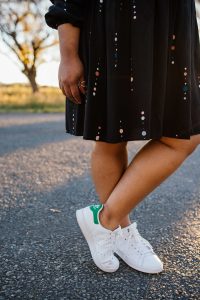 Smartgirl Rosina paired her Adidas Stan Smiths with a beautiful flowy black print dress by Country road and added a touch of rock’n’roll with a black felt hat.

SMART TIP: Having pristine, crisp white Stan Smith sneakers is all part of the polished effect. If you opt for leather sneakers they can easily be wiped down and the laces can be put in the washing machine. 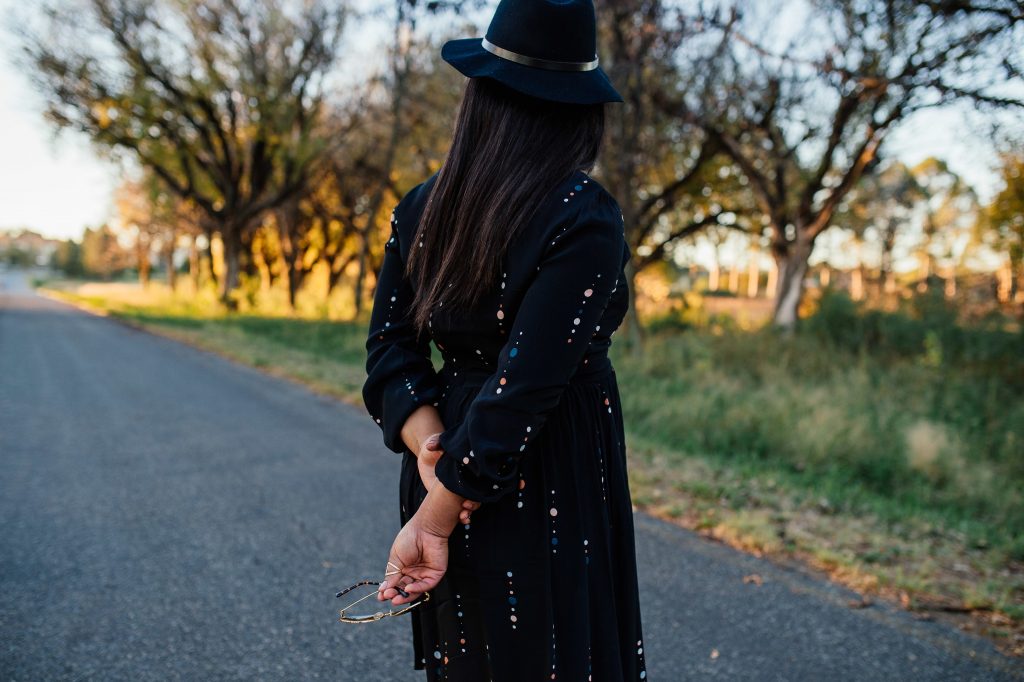 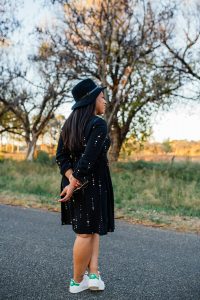 Snag a pair of Stan Smiths for yourself:

Get the Look • Smartgirl Rosina is wearing: 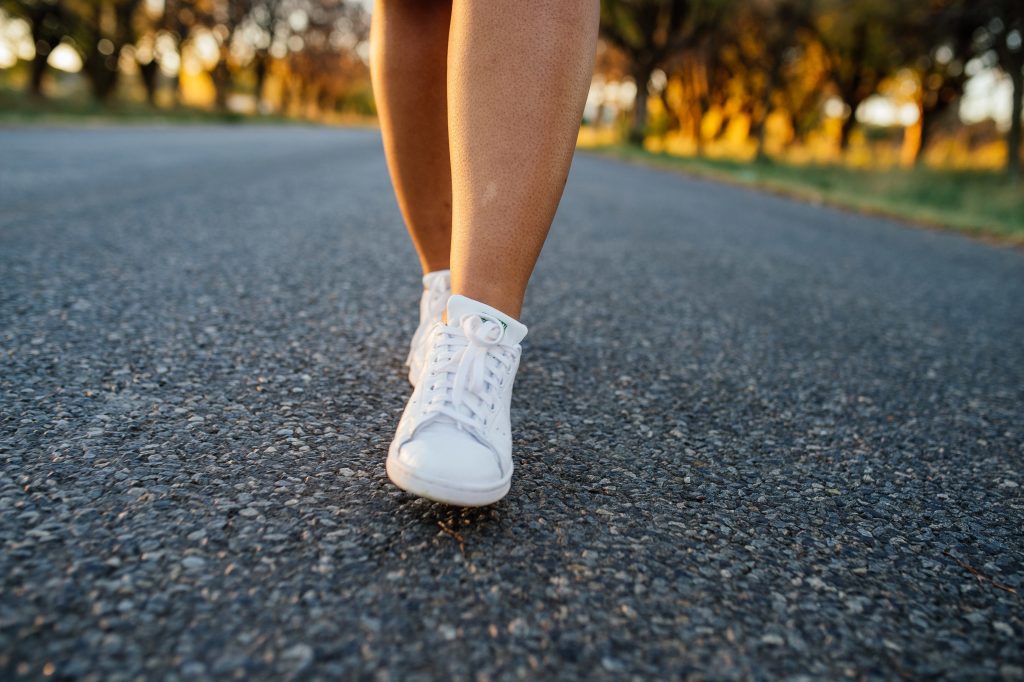 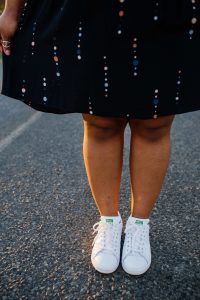 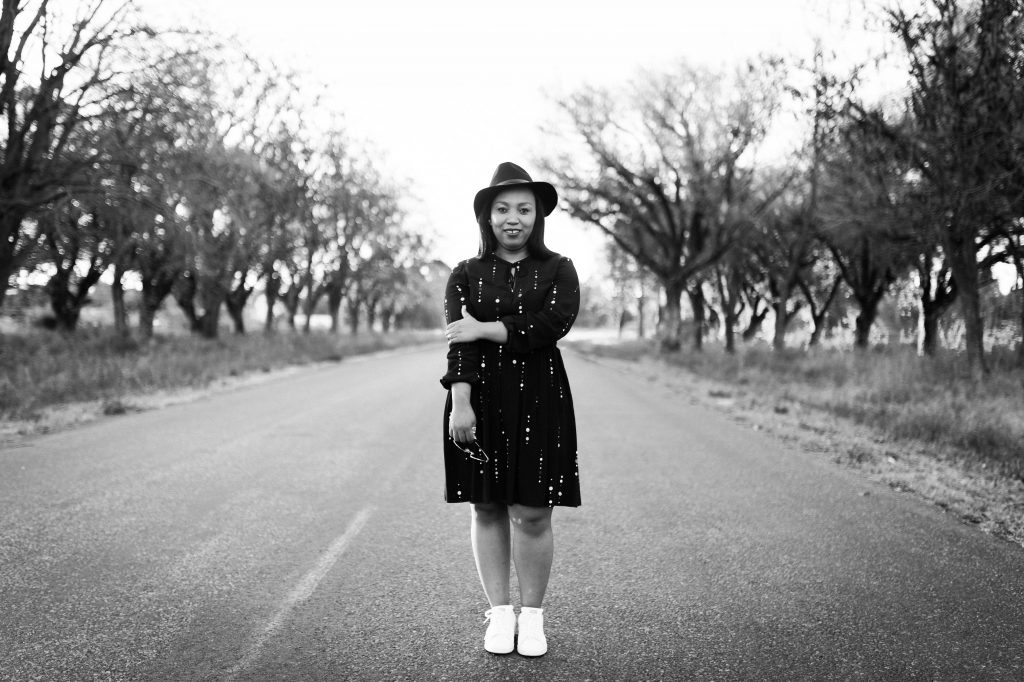