2017 Movie releases that you don’t want to miss 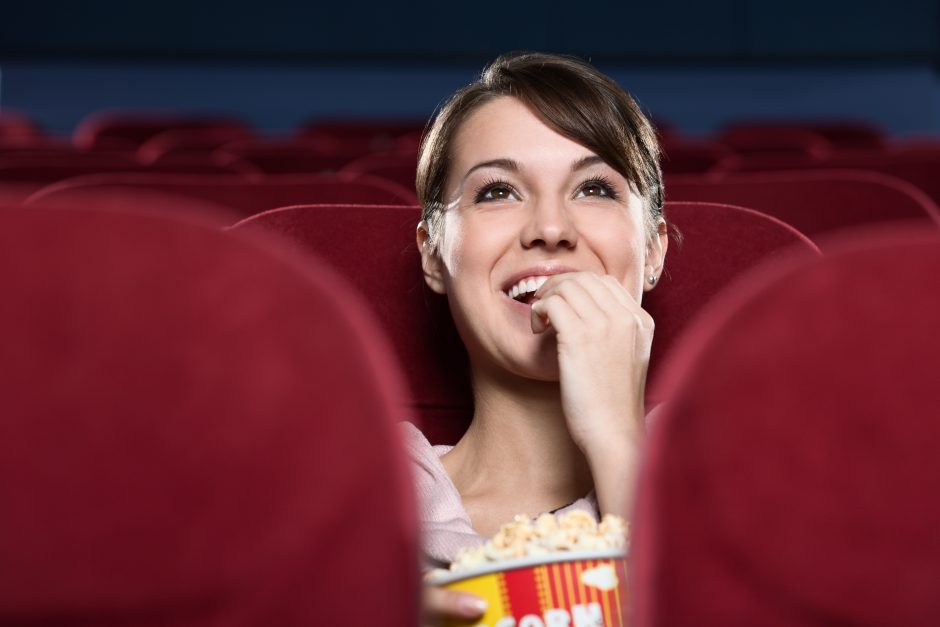 New year means new possibilities – and that’s also true at the movies. We had some great multiplex experiences in 2016, but with a ton of fantastic films already on schedule for this year, 2017 is shaping up to be an impressive year for movies.

As has increasingly become the case with Hollywood, CGI-heavy sequels dominate the slate of big-budget releases headed our way. Nonetheless, a diverse array of dramas, comedies, and possible franchise-starters are also set to debut in the coming months.

Here are our most anticipated 2017 Movie releases you don’t want to miss:

Not long ago, The Lego Movie racked up nearly $470 million while making us all root for plastic bricks (and play “Everything Is Awesome” on endless repeat).

Taking the hint, Warner Bros. is diving right in with this spin-off, which brings back Will Arnett as Gotham’s Caped Crusader. We’re sure plenty of inspired silliness awaits!

Jamie Dornan and Dakota Johnson return as Christian Grey and Anastasia Steele in the highly anticipated Fifty Shades Darker, the second chapter based on the worldwide bestselling “Fifty Shades” phenomenon. Expanding upon events set in motion in 2015’s blockbuster film, the new installment arrives just in time for Valentine’s Day.

Gentlemen, expect a whole lot of ladies nights on Valentines this year;)

Disney’s campaign to turn each of their animated classics into live-action blockbusters continues with Beauty and the Beast, which offers a new perspective on their 1991 hit. Like Disney’s earlier Beauty, this version draws inspiration from the classic fairy tale about a prince (played here by Dan Stevens) who’s cursed with a grotesque appearance, yet finds love with a pure-hearted maiden (Emma Watson) imprisoned in his castle.

Expect a friendly spin on this classic tale with beautiful family music and witty humor.

Maybe it’s the sheer weight of sun-drenched nostalgia bearing down on us, but we’re feeling a bit excited about the prospect of the return of Baywatch in a movie reboot this year.

Dwayne Johnson and (a very ripped) Zac Efron stars in the big screen version – a comedy about a no-nonsense veteran lifeguard (Johnson) who goes head-to-head with a reckless recruit (Efron), but must put aside their differences when they uncover a criminal plot that threatens their beach. Surf’s up!

Initially, it seemed like a hilariously dumb idea for Marvel to turn a relatively obscure comic about a ragtag team of intergalactic do-gooders – whose ranks include a raccoon-like creature and an alien resembling a sentient tree – into a $200 million movie.

Nearly $775 million in box office receipts later, Guardians of the Galaxy could be the start of an Avengers-style franchise for the studio, and Chris Pratt, whose biggest credit prior to taking on the role of Peter “Star-Lord” Quill came as doughy doofus Andy Dwyer in NBC’s Parks & Recreation, is a full-on action hero.

The gang’s all back for Vol. 2, along with writer-director James Gunn. We’re confident this one will be tons of fun.

After being introduced to audiences in Batman vs. Superman: Dawn of Justice, Gal Gadot’s Wonder Woman will get her own standalone feature, which is rumored to be the first installment in a period-piece trilogy that will take audiences from the 1920s to the present day.

Monster director Patty Jenkins is at the helm, with a screenplay from Pan writer Jason Fuchs. Meanwhile, Gadot will be surrounded by a supporting cast that includes Chris Pine, Robin Wright, and Danny Huston.

Whatever actually happens in the movie, it’s a long-overdue victory for comics fans who’ve waited years for the Amazonian warrior to get a shot at her own big-screen franchise.

Rev up your engines, kids, because Lightning McQueen (Owen Wilson) is back in high-speed action in Disney-Pixar’s Cars 3. The 3D animated adventure will follow the famous red race car on his journey to catch up with a new generation of speedsters and feature the return of some fan favorites like Mater (Larry the Cable Guy), Sally Carrera (Bonnie Hunt), and Ramone (Cheech Marin) while adding fresh fuel to the cinematic tank by way of yellow car and race technician Cruz Ramirez and the rookie racer McQueen longs to defeat, Jackson Storm.

According to director John Fee, the storyline finds McQueen coping with something of a midlife crisis – mature stuff for a Pixar film, but considering how well the first two films (and spinoffs Planes and Planes: Fire & Rescue) have done at the box office, this one’s sure to be a hit with the family crowd.

From its humble beginnings as a cartoon about a funny-looking supervillain who sets out to steal the moon and ends up adopting three adorable munchkins, Despicable Me has grown into an impressively adaptable franchise for Universal.

In addition to 2013’s Despicable Me 2, it’s also spun off a prequel (2015’s Minions), six short films, three video games, and a theme park attraction—and as we can see from the 2017 release schedule, it isn’t done yet. Details are still very sketchy regarding this third installment, but we can safely assume Steve Carell will be back as the nefarious (but kinda cuddly) Gru.

Marvel has done a brilliant job of laying out the template for a successful shared universe, and now Warner Bros. is following in its rival’s footsteps with its DC Comics properties, which are due to get their first moments in the all-star superhero team spotlight with Justice League.

Director Zack Snyder is at the helm, and the cast include stars from the studio’s pre-existing franchises, including Henry Cavill, Gal Gadot, and Ben Affleck, as Superman, Wonder Woman, and Batman, respectively.

Also look out for two new exciting additions to the team, Aquaman (Jason Momoa of Game of Thrones) and Cyborg (Ray Fisher).

Given the first instalment and the sequel’s massive box-office success, it’s little surprise that Anna Kendrick, Rebel Wilson, Brittany Snow and Hailee Steinfeld all signed on for the a cappella comedy.

Look out for hilarious laughs and excellent music. With those high notes to grab on to, we bet Pitch 3 is going to be aca-awesome!

Also big on our 2017 Movie releases radar is:

With such a chock and block full cinematic schedule to look forward to, we hope you enjoy the 2017 Movie season just as much as we’re going to!

Music by Magpie • Music, the Month of Love and the chills

Things to look forward to on Hello Smart Blog in 2017

Fashion trends you need in your closet for 2017